We all know that dental plaque causes bad breath, tooth decay, and gum disease, and most people can get rid of it with these basic home remedies to remove plaque:

However, for some people, these efforts aren’t enough, so here some more advanced methods to get rid of plaque:

Plaque is a form of biofilm, a mass of bacteria which forms on practically any moist surface in nature, including wet leaves, ponds and the human mouth. Each biofilm is a unique combination of bacterial varieties which coexist in mutual support.

How does it form?

Who doesn’t love that fresh, clean feeling you get after brushing your teeth and wiping out the biofilm?  It doesn’t take long, however, for your teeth and mouth to be re-coated in a natural layer of slightly thicker saliva called pellicle. By the time you finish your coffee, various healthy and unhealthy bacteria settle into the pellicle and start spreading, forming a new biofilm, that is, plaque.

As new micro-colonies of bacteria form within the biofilm, some excrete their own protective slime layers. The biofilm even develops its own rudimentary circulatory system, practically taking on a life of its own. Meanwhile, unhealthy bacteria get their energy by ferment the sugar you eat and produce the by-product of acid, which contributes to tooth decay. 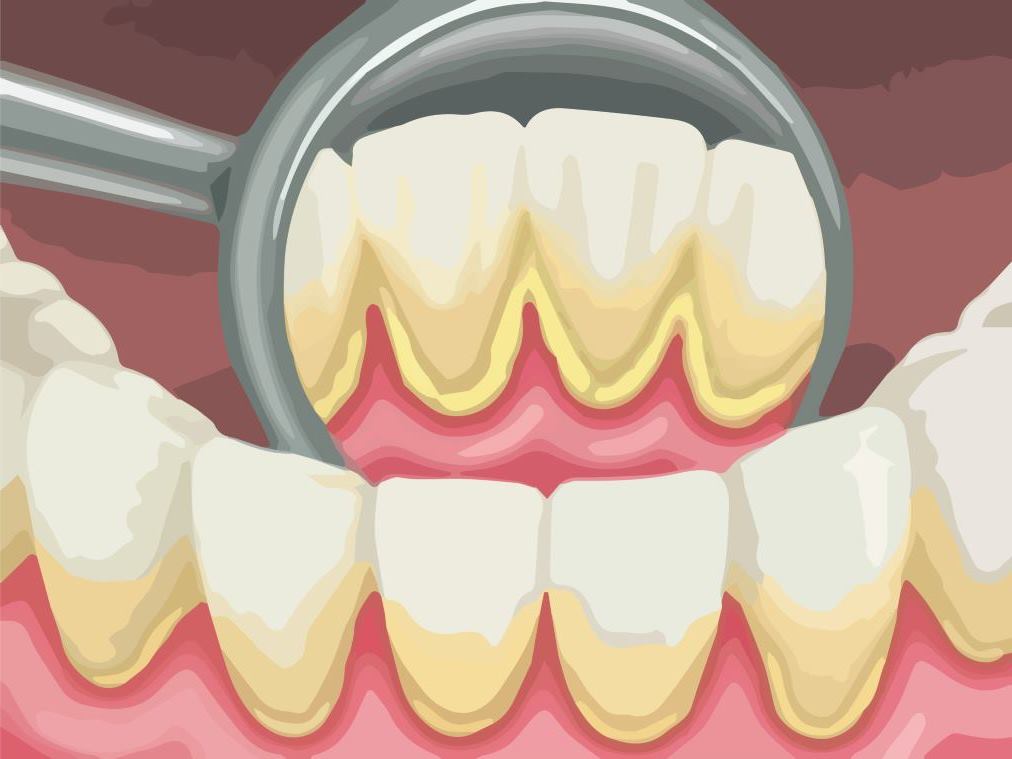 Alternatively, in nooks and crannies perhaps hidden under the gumline or too hard to reach for your toothbrush, bacteria gradually die off, and, together with the minerals which infuse the biofilm, form hardened tartar, which can normally only be professionally, and occasionally painfully, removed. Tartar (or calculus in Dentists’ parlance) has all the same negative effects as plaque, but causes decay of the gums, teeth, and the bone that holds them in place. If you want to remove tartar yourself then it is possible to get tools that offer tartar removal, without seeing a dentist.

The foundation of oral hygiene

So, how to get rid of plaque? As the US National Library of Medicine points out, regular brushing and flossing is the foundation of any oral hygiene regimen. Brush 2 to 3 times a day for 2 to 3 minutes at a time, using a pea-sized amount of toothpaste with fluoride or tartar-fighting ingredients. Fluoride helps restore minor tooth damage and decay. Hold the brush at a 45-degree angle and move it in a circular motion around each surface of each tooth.

Floss at least once a day, using just under an arm’s length of quality dental floss. Wind the ends around your middle fingers on either hand and use your thumbs and forefingers to guide the floss between your teeth. Carefully scrape the contacting sides of both teeth repeatedly without snapping the floss against your gums. Don’t forget the back side of your rear teeth, and to flush with mouthwash to dissolve all dental plaque remains.

Other weapons in the battle against plaque

Even if we are confident that we have gotten rid of plaque through a thorough oral hygiene regimen, minor details, like the angle at which we hold the toothbrush, can allow patches of plaque to remain on our teeth. Luckily there are ways to check which areas of our teeth require more attention; these are called plaque disclosing agents, which include gels and tablets.

After checking for allergies to the active ingredients, you simply put them in your mouth after brushing and swish them around for a minute to let them adhere to any plaque left over on your teeth. Use a mirror to identify the brightly coloured areas where plaque remains, then adjust your brushing and flossing until no disclosing agent remains.

Beyond the obligatory dental hygiene regime, prevention is the best defense against plaque. Avoid sugar, fat, junk food, tobacco and alcohol as much as possible. In the case of the latter, even vodka is too weak to kill the bacteria that comprise plaque. Rather, alcohol weakens your natural defenses.

Additional tools for getting rid of plaque include mouthwash, interdental sticks, interdental brushes, dental picks and tools resembling those used to remove tartar at the dentist’s office. Although sets of dental tools available to the public are made from softer steel than the professional versions, care must be taken not to damage the gums or the surfaces of the teeth. Chewing hard vegetables can also help.

Home remedies: How to get rid of plaque naturally?

Oil pulling is perhaps the best natural option for getting rid of plaque. There is scientific evidence that supports the effectiveness of this method, and we can’t see how it can have negative side-effects.

Oil pulling involves swishing a table spoon of extra-virgin coconut oil around in your mouth for 15-20 minutes before brushing. Sesame oil also works but with less of the anti-microbial effects of coconut oil.

Alternative treatments for getting rid of plaque include using baking soda as toothpaste for its abrasive qualities. Other products that can be incorporated into a home-made anti-plaque toothpaste include aloe vera and lemon juice. This will dissolve plaque, but it will also dissolve part of your enamel (the good part of your teeth), so we don’t recommend it.

Some sources suggest applying tomato orange peel to your teeth or using a chewed-up sesame seeds as an abrasive with a dry toothbrush. Other helpful home remedies which can serve as anti-plaque rinses, much like mouthwash, include tea, pickle juice, and white vinegar. None of this has been proven to work, and the acidity can cause damage to your enamel.

Which glues can you use to repair broken teeth?

How to select the right mouthwash
Women’s Oral Health
Can Gum Disease Be Reversed?
Which glues can you use to repair broken teeth?
100+ Ideas for Dental Clinic Names
What to do about a fistula on the gums?
Cavities on the Sides of Your Teeth
What If You Have Holes in Your Gums?